Willapa Hills Trail is the former Northern Pacific spur line from Chehalis Washington to South Bend Washington.   The right-of-way has been acquired by Washington State Parks, and now serves as a biking and hiking trail. 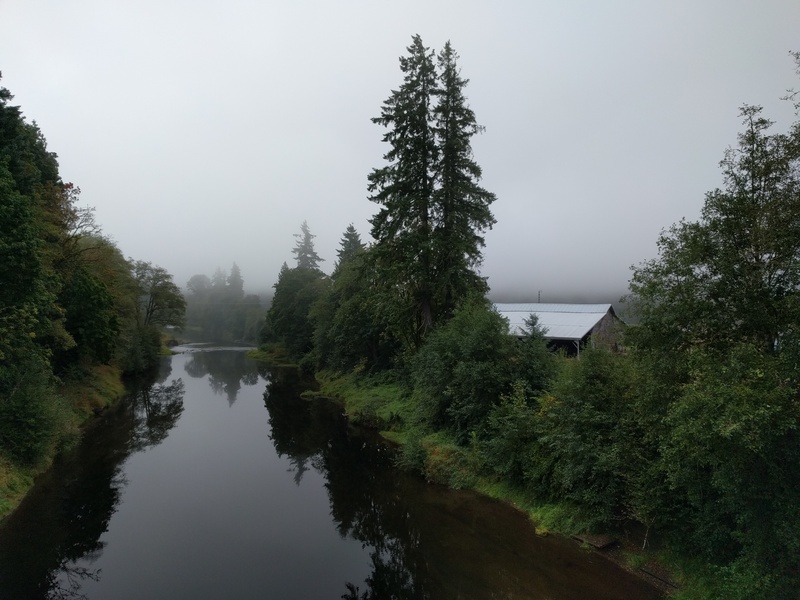 I'm happy to say that the photo above is not a stock photo, but my picture of yesterday morning!  We are enjoying a Washington trip to see friends, family, and to enjoy the Willapa Hills Trail for the first time.  It was my intent to ride the trail from Chehalis to Raymond (my hometown).  A bit of 65-year-old realism caught up with me.  That realism has been expressed in "pre-arthritic" knees!    So it has become a ride from Chehalis to Pe Ell along the trail.

My daughter Erin came up from Portland to join me on the first leg of the ride.   We rode from Logan Street in Centralia to Rainbow Falls State Park.   I chose to ride from Centralia rather than starting in Chehalis at the trailhead, because Logan Street was the home place of my Grandpa and Grandma Henkel.   Erin and I rode the paved streets of Centralia and Chehalis about 6 miles to the trailhead.  Then we rode the trail from Chehalis to Rainbow Falls.  The trail was a joy.   To see this area, away from the traffic (modest though it may be on highway 6), and at a slow pace, is an experience I'll always remember, and I'm so grateful that Erin chose to accompany me! 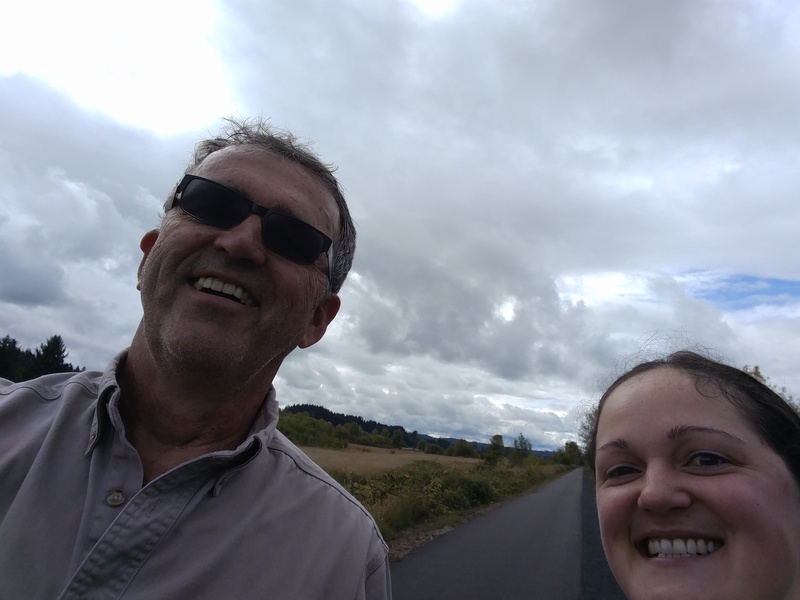 The required selfie as we started out on the trail

The trail from Chehalis to Rainbow Falls is about 15 miles, a distance I often cover at home on morning rides.  But those rides are on paved trails and start at mile zero, not at mile six.   The first five miles of the trail are paved, and the rest of the trail to Rainbow Falls is gravel.   My sixty-five year old knees learned that its not the miles but the total pedal rotations that count to determine endurance.   But we had a marvelous time! 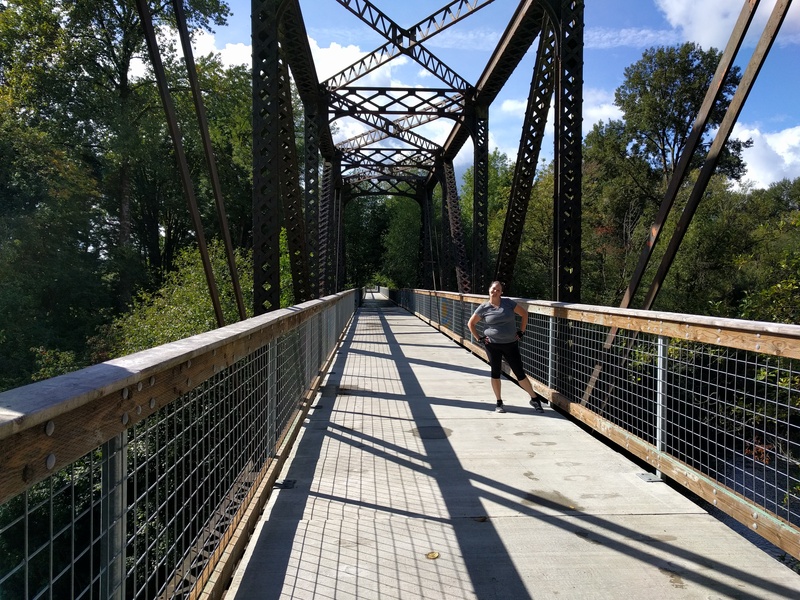 Erin kickin' it up on a railroad bridge east of Adna

After Erin returned to Portland, the next day I returned to the trail and rode to Pe Ell, where my wife, Terri, met me.  The knees told me I'd rode enough.  My mind tells me I had a wonderful time, despite riding half as far as I had intended.   Perhaps next spring there will be another adventure. 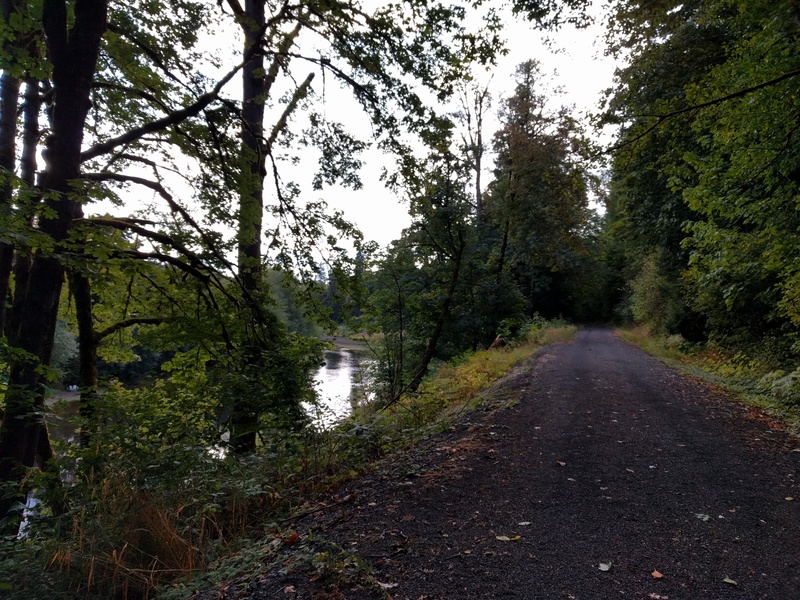 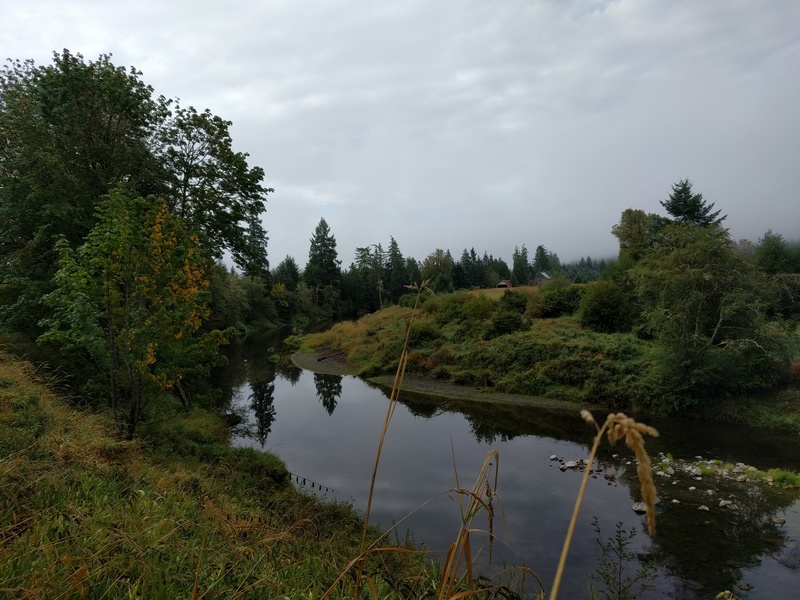