I come from the woods of Western Washington. I work with wood. I am a piano technician.

A few weeks ago, Terri commented on a historic post about a manufacturer in Aberdeen Washington. At the moment my senior brain was working well, and I spoke about Posey Manufacturing down the river in Hoquiam. I expounded on Posey's production of piano soundboards and the repurposing of their production for making spruce airplane components during war years. 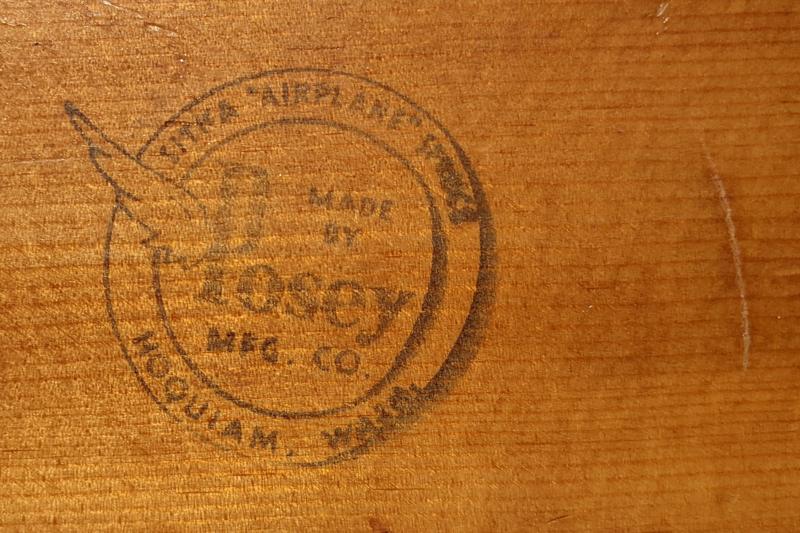 Though Terri was suitably impressed that I could recall the name "Posey" and tell some of its story, I quickly realized that I knew little of Posey Manufacturing. I felt I should know more, for I was linked to it geographically, affectively, and professionally. So I dove into the shallow waters of history surrounding Posey Manufacturing.

Posey started milling spruce for piano soundboards in 1909 and continued until 1999. But despite being a major supplier of soundboards to America's piano industry, Posey doesn't even have an article on Wikipedia. My education would need to draw on less common resources.

My searching first led to the purchase of a book: The Guitar - Tracing the Grain Back to the Tree. Say what? Oh yes. Posey made guitar soundboards too; they were a supplier for both Martin and Gibson. Chapter Five, titled "Sitka", describes much of Posey's long and resilient history. When America entered the Great War, Posey retooled to make spruce components for airplanes. At the close of the war, the plant had a surplus of spruce, and Posey went looking for new customers. In addition to supplying piano soundboards, in 1918, Posey began shipping spruce soundboards (guitar tops) to the Martin guitar company.

My attraction to wood technology led me to another product. I couldn't resist. I now own a spruce serving tray manufactured by Posey. Say what? During the Great Depression, Posey created inexpensive products made of spruce including kitchen wares and ironing boards!

In my collection of pianos, without a doubt, some of them have soundboards manufactured in Hoquiam by Posey, so I probably didn't need to have this little tray, but I like touching it and seeing the fine soundboard material within. So when I saw it on eBay, I had to own it. "18 grains per inch" is a standard often quoted for quality soundboard material. That is a very fine grained wood that becomes more and more rare as each year passes. This tray has grain patterns that vary from 12 grains per inch to 27 grains per inch! Yes. I counted them.

Posey Manufacturing was resilient. In it's last effort to survive during the 1990s as the American piano manufacturing declined, the employees of the company bought the company! That was a brave move that did not end well. The plant closed in 1999.

During my next trip to the Pacific Northwest, I'll be spending hours at the Poulson Museum in Hoquiam where the remaining artifacts of Posey Manufacturing are housed. Maybe on my return, Wikipedia will finally have an article on Posey Manufacturing. I'd like to make that contribution. 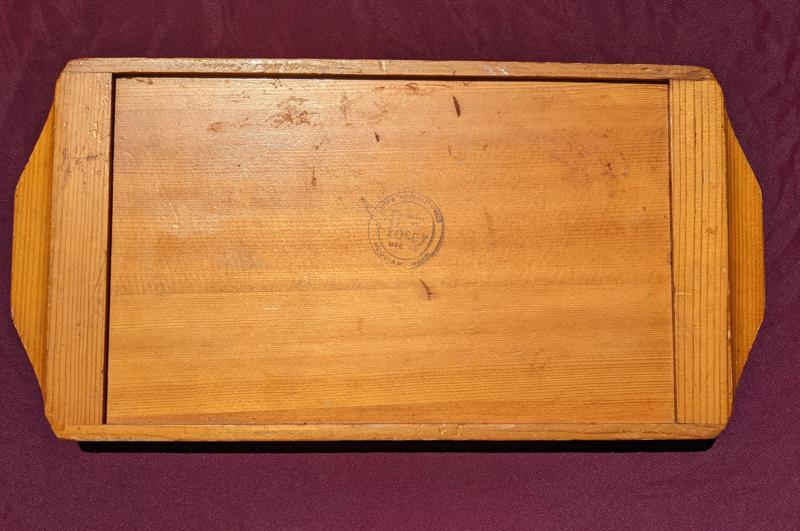