For Terri's birthday, she asked for sand and gravel. Actually, it was sand, gravel, cement, and experienced labor. I accepted the challenge, and now reap the benefits of daily exercise.

In recent years, Terri has been using large concrete paving stones in the garden of this design: 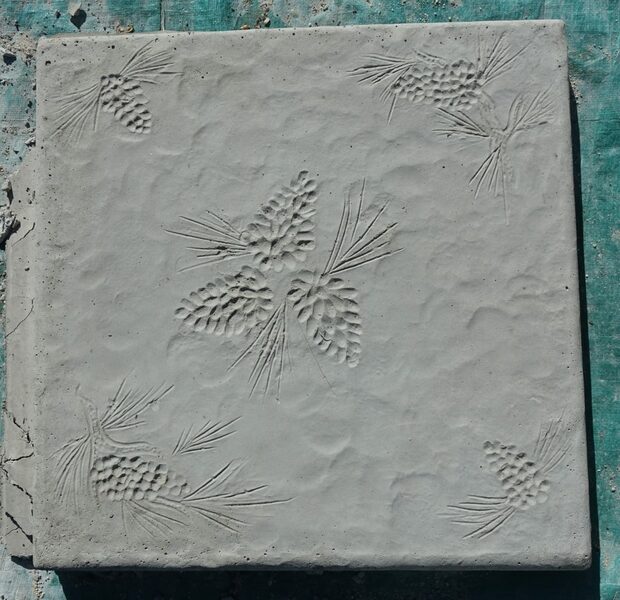 For her current project, a patio for a fire pit, she wanted 60 more, but her local source was gone. Enterprising girl that she is, she acquired three forms for casting the blocks, and then asked her dedicated partner for help.

I've got a bit of experience in this area. Old experience. My early career with sand, gravel and cement was with Dennis Company of Raymond, Washington (1968-1972). There, I was privileged to gain lots of life skills. Among many other tasks, as a teen I operated the concrete batch plant, and delivered building materials.

In the storage shed next to the feed store, we would sometimes cast pier blocks in steel forms with the tag ends of premixed concrete left in the trucks. Bruce Dennis hated seeing that concrete go to waste, so when inventory of pier blocks was low, we oiled up some forms and poured some more. That was pretty simple manufacturing. 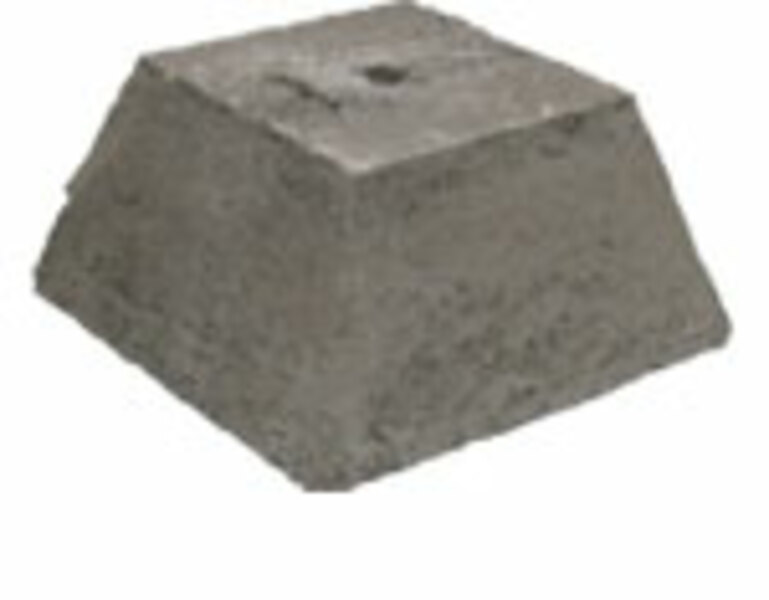 Though I've noticed that the work is harder than it was 50 years ago, it does seem that Terri found someone with applicable experience. 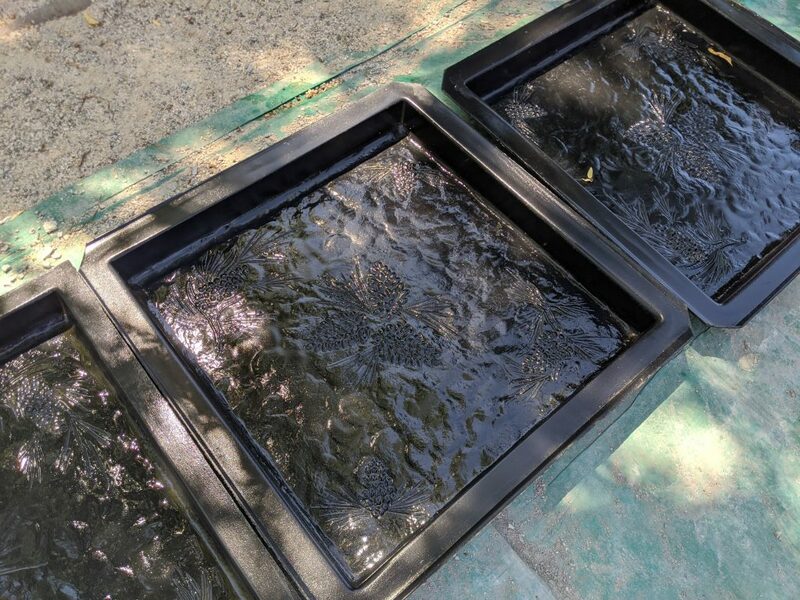 The forms for Terri's paving stones

The forms shown above are glistening with special form release agent that I brushed on prior to pouring concrete this morning. Somehow I knew the recipe for that release agent. If you need some, it is 50% motor oil and 50% mineral spirits (paint thinner). It works just as well as it did fifty years ago.

I can't do this work without reflecting on my time as a gopher boy at The Dennis Company. After I got the forms oiled up this morning, it was time for a senior citizen break before mixing the sand, gravel, and cement that I'd placed in the wheel barrow. While I was enjoying a chocolate doughnut (with chocolate frosting and coconut) that Terri had made to help motivate me, I had to remember and relate my experience with doughnuts in The Dennis Company years.

To recount the story with factual accuracy, I must admit that I am a morally compromised person. In addition to the many virtuous and valuable skills I learned at the time, I also gained a basic skill in thievery. Among the many, varied products handled by Dennis Company was bulk flour for the local bakeries which arrived in railcars with animal feed from Fischer Mills in Seattle. When delivering flour in the morning to the South Bend Bakery, if Mr. Noonan, the baker, was still in, he would always offer a free doughnut. There was also a lady working there: Mrs. Noonan, or an employee, I don't know. But it was bum luck if she was the only one there. No doughnut. With better luck, one day I delivered flour with a veteran Dennis Company employee, Harry Smith. I always loved working with Harry; he taught me a lot. On that particular morning after we'd unloaded the flour, we passed that glorious rack of freshly glazed, warm doughnuts by the back door of the bakery.

Harry said, "Grab one. That old biddy will never offer you one." What could I say? I was the trainee! I can tell you it was probably the best doughnut I've ever eaten, with the possible exception of that double chocolate coconut doughnut Terri made for me this morning.

With my doughnut and my memories giving me strength, I did get back to the task at hand. I mixed up that concrete and poured three more pavers.

In the days since the birthday I've generally made three a day. Today's work brings me to nineteen. I have just forty-one more to go. Happy Birthday, Terri, and thanks for the doughnuts. 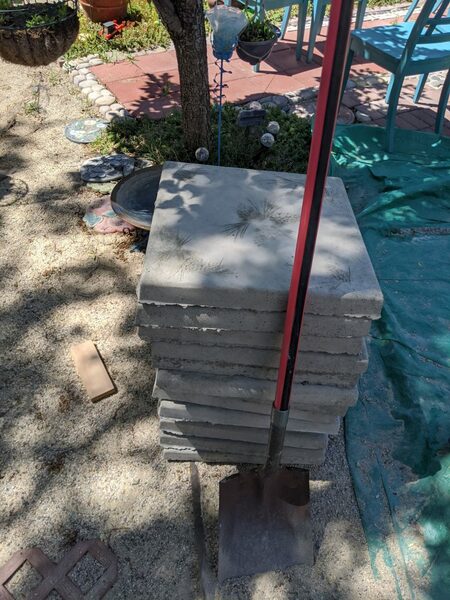