I somehow got nostalgic this week for my days as a Metro Transit bus driver in Seattle.   Those days were a good experience, but it is also true that I enjoyed it more the first year than the following three.  There's a good amount of tedium in the job!  But the one thing I appreciate most of all was the opportunity to operate the vintage trackless trolleys built in the 40's.  This equipment was finally retired in 1979.  Metro then rebuilt and expanded the overhead and opened service with new equipment a year later.  A few coaches have been restored by an association of retired employees.  Hoo-rah!   While in my nostalgic mood, I found the following photo of Coach 643.  It was taken in 2009, while the coach was out for an annual trolley tour! 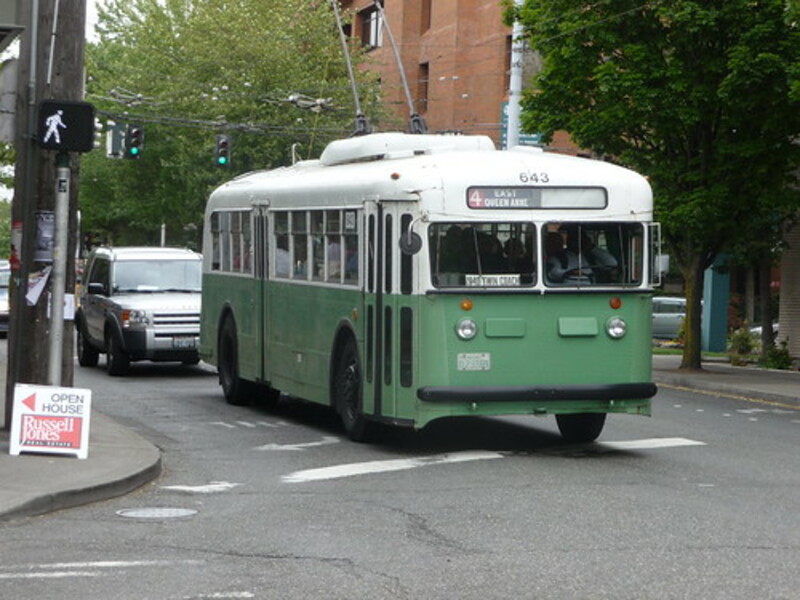