This is your brain

A theory on the learning of complex manual tasks suggests that we need 10,000 hours of practice to master a complex skill. For instance, playing tennis, flying an airplane, playing the piano, or driving a car. A theory of brain science suggests that the nervous system of homo sapiens did not develop primarily for thinking, but for appropriate reaction to learned stimuli. I think these two theories are closely related.

From 1974 to 1978, I spent approximately 7,000 hours mastering the skill of driving a transit bus (Metro Transit, Seattle) while meeting the needs of riders.

This afternoon, I was driving my Dodge RAM pickup while towing my piano hauling trailer. That's the closest thing I own to a bus. As I was slowing for a right turn, I simultaneously approached a bus stop. I observed two girls there waiting, and as I approached, their subtle change of posture indicated they wanted to board my bus! AUTONOMOUS BRAIN! STOP IT! You are not driving a bus, and haven't since 1978! My thinking brain quickly engaged, and caused me to look in the rear view mirror, where a UTA bus was approaching one block behind me.

Don't you just love thinking about your brain? 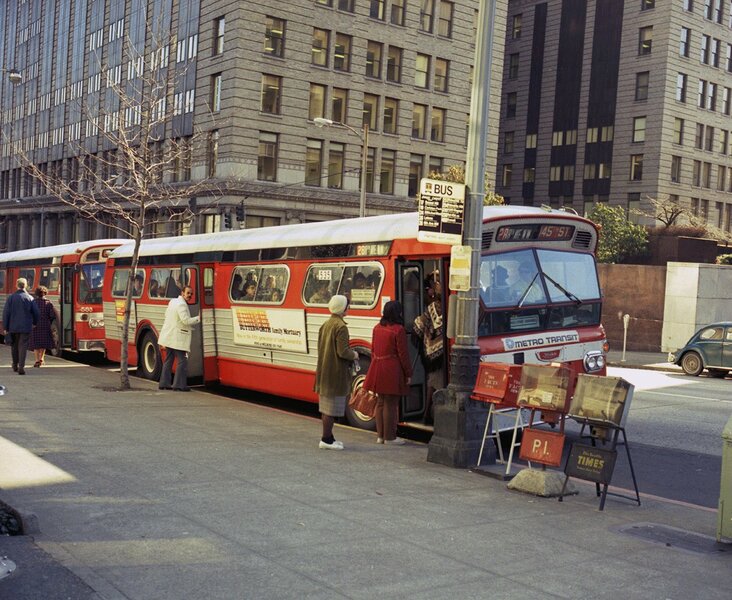