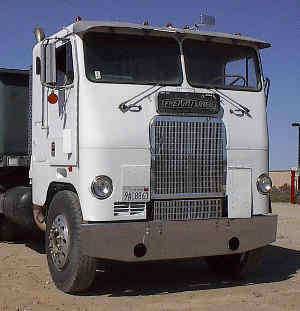 Ev Kreitzer had an attitude. I'm not sure if it was a good attitude or a bad attitude, but he definitely had one, and I liked it. The year was 1969, and I had a job at Dennis Company that suited me very well. It suited me especially well when I was driving trucks, zipping around in forklifts and generally doing a man's work in the body of a boy who was just becoming a man. Ev was working as the mechanic out back in the shop, until as it happened, Jim Fuller became ill, and could no longer drive the semi on the long-haul runs. The other teamsters around there had no interest in that work. They were country boys, and driving the Freightliner actually involved trips into Portland and Seattle! But Ev had been on that turf before, and when the boss asked him to do the job -- or told him he had the job as the case may be -- Ev was in the driver's seat again. Yes, I was envious, but I also knew that the job wasn't going to go to a 17 year old kid. I asked him if he liked it, and all he really said was "I guess I saw it coming. I guess it'll be OK" But if you ask me, I think it was a definite yes. I think he liked it.

One of Ev's attitudes was, "The boss is not always right and the boss doesn't need to know everything." It suited him well, and by my observation, it suited the boss pretty well too, because Ev did his job and didn't rub it in too much when the boss was wrong. This particular attitude came to bear on both sides of the equation one day when Ev and I were tasked with unloading some steel rebar from the flatbed trailer behind the Freightliner. Setting off to the task, I'm pretty sure that two things were true. First, I'm pretty sure that the boss told us to unload it by hand. Second, I'm also pretty sure that Ev said it was a damn shame that the company wouldn't buy any decent equipment, because it just doesn't make any sense to pull off all that re-bar by hand.

Ev described the job in slightly different terms than the boss. He explained that we'd hook a chain to the two tons of re-bar and link it up under the bucket of our ancient loader. I'd lift the load, and he'd pull the trailer out from under it. It was not a bad plan, except for the load rating and condition of the old loader. It was quite a contraption. It operated without modern hydraulics. The lift mechanism consisted of a cable and drum affair. When the lift clutch was engaged the cable would wind about the drum and the load would rise. The skill of the operator was much more important on the descent. A gentle nudge of the hand to the left on the control lever would cause the drum brake to slip and the load to descend. With the two tons of steel hanging below the bucket, I gave the lever a gentle nudge and the load began to descend with surprising speed. Then I made a mistake. For some silly reason I thought a slow descent would be preferable. I gave the lever a gentle nudge to the right and the drum brake grabbed with an absolute finality. Gravity took care of the rest and everything was instantly on the ground except for the rear wheel of the loader, which implies of course that the loader was no longer horizontal. It was definitely vertical. While my face was still plastered to the windshield, Ev came around and questioned, "Are you OK?"

I affirmed that I was just fine, though slightly upside-down.

Then the second part of the attitude kicked in, "We'd better get this thing set upright before the boss sees it!"

I had to agree. Ev pulled out a chain, brought over a little forklift, pulled on the tail end of the loader and it came down with a bounce.

In 1970, the aging Freightliner was replaced with a somewhat newer model. Ev was OK with that, but he did think that the boss fell a little short of the mark when he bought a new truck without power steering and with a pretty awful paint job. But Ev was up to the challenge. He bought a power steering unit with his own money and installed it on his own time. It was a successful negotiation, I guess. As to the paint job, Ev did the work, and I'm pretty sure that he got paid for it. Well, all except for the blue stripe. Every Dennis Company truck was white, without a hint of color, except for the red lettering on the side. Ev just decided that the truck was going to have a blue stripe. A small protest from the proletariat, but a protest none the less. I liked the paint job and told him so. It was then that Ev hit me with some country wisdom that I'd never heard before, but will always be with me. With his aw-shucks attitude he said simply, "A good paint job, can cover up a multitude of sins."

This weekend I cleaned up my 1961 Delta unisaw, and gave it a good paint job. I'm certain that Ev was there in spirit. I think he'd like the paint job. 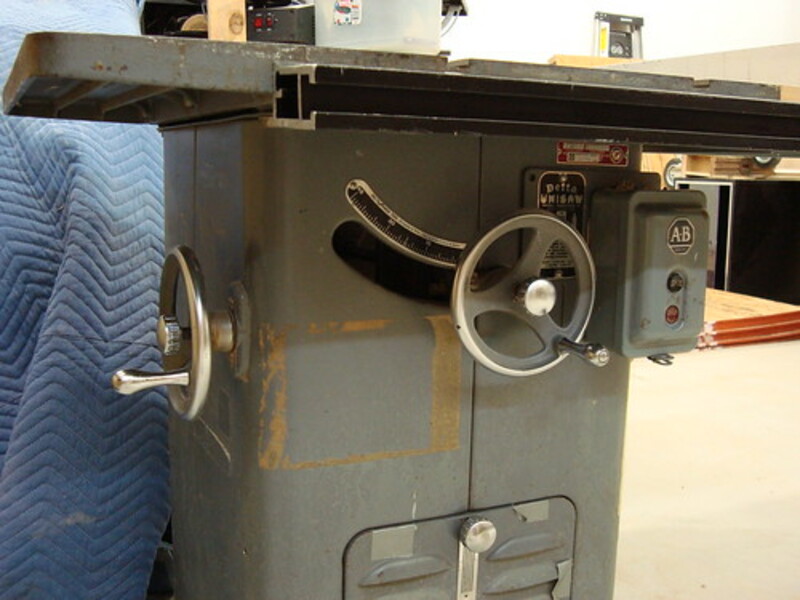 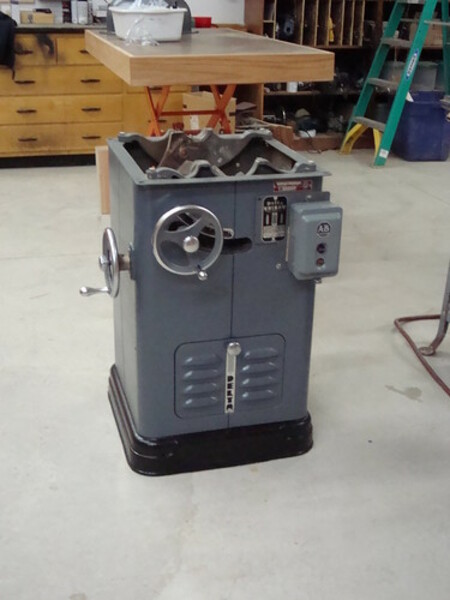