A Piano Finds a Home: My Home!

Pianos get attached to you. But as a piano technician (and with certain exceptions1), I'm becoming less attached to specific instruments.

This morning I took the time to count the grand pianos that I've had in my living room since moving to this home in 2008. 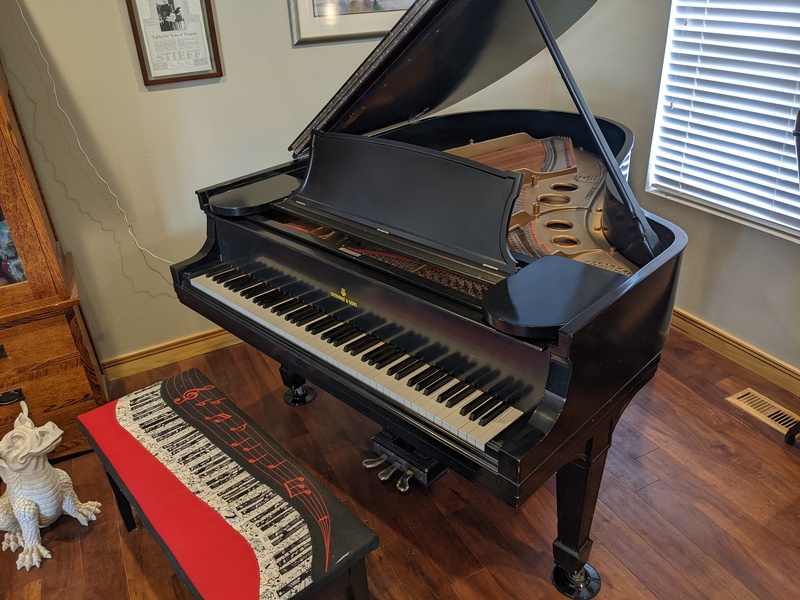 Steinway "O" moved in and brought back to life

The list of my recent living room pianos doesn't make me appear to be particularly loyal to any certain piano. But one thing is true. I have to have a nice piano in my home. Last fall, I knew I'd go through withdrawal when I sold the Steinway A3. I certainly did. That sale was almost inadvertent. I had the A3 and a lesser piano listed for sale on my website, expecting to sell just one of them. Surprisingly both sold in the same week and I became piano-less (at least in the house).

But my inventory of rebuild-able pianos included two Steinway Model O's. It seemed that the shortest path to having a satisfactory piano in the living room again would be to get to work on one of those. That work began in October. We moved it into the house in December after the major work was completed in the shop. Just this week I did the final regulation and voicing for the piano. Steinway O and I will be great friends, until ... well I won't predict.

The "O" was made in 1909. It came to me from Branson, Missouri via an eBay purchase in 2018. It was attractively priced for a rebuild-able Steinway, particularly because it had good looking case. It waited for me in storage until last fall.

The piano had been restrung sometime in the past 40 years and also refinished in that timeframe. Both of those jobs could be re-done now, but the restringing should also include a new soundboard at this point. I was not interested in doing those jobs now, because I wanted a piano promptly. I judged the soundboard and previous stringing job to be adequate for my playing needs. For a full rebuild and premium price, a new soundboard is needed.

My work on this piano was:

For new action parts, I selected Wessell Nickel and Gross composite parts. These excellent, modern parts are an obvious choice from an engineering and longevity viewpoint. The mystique of the Steinway brand makes my choice less obvious for some, but pianists love playing this piano, and I do too!

New action parts for this piano was an absolute requirement. In its prior state of deterioration, the piano was unplayable. Every action center was corroded with verdigris. As a result the up-down cycle of the key could be measured in hours rather than milliseconds!

The premium key top work on this piano was done for me by Baldassin Pianos. Rick Baldassin has perfected a procedure for re-cladding key sides when resurfacing key tops. This creates a beautiful factory new look for replaced keytops. It's subtle compared to the keywork I have traditionally done, but the difference is impactful for the discerning observer. 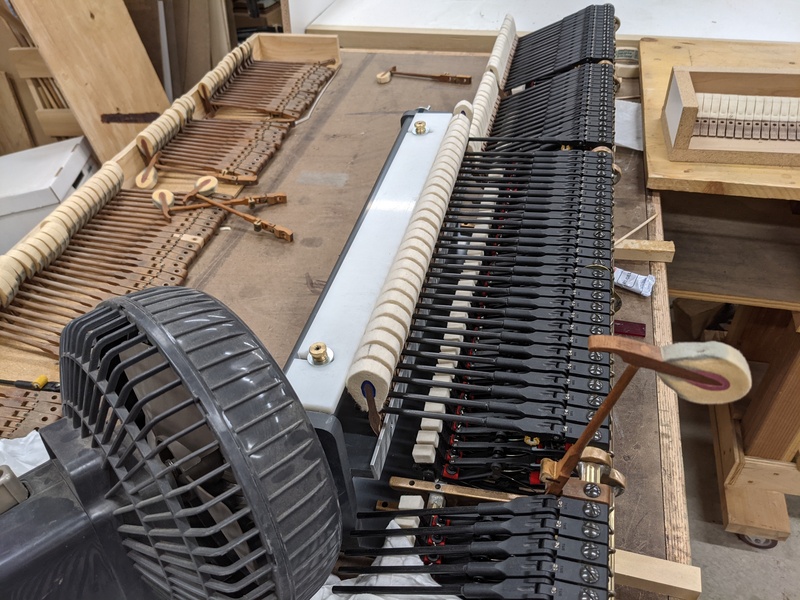 Installing new Renner hammers on the WNG shanks. The fan in the foreground sweeps away the objectionable fumes of super glue. Old parts are in the background. 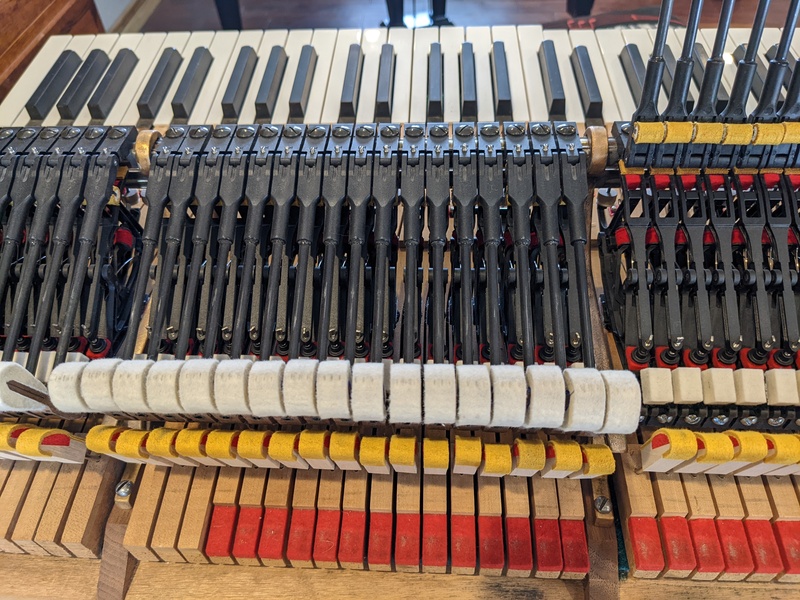 A detail view of the wippens and shanks 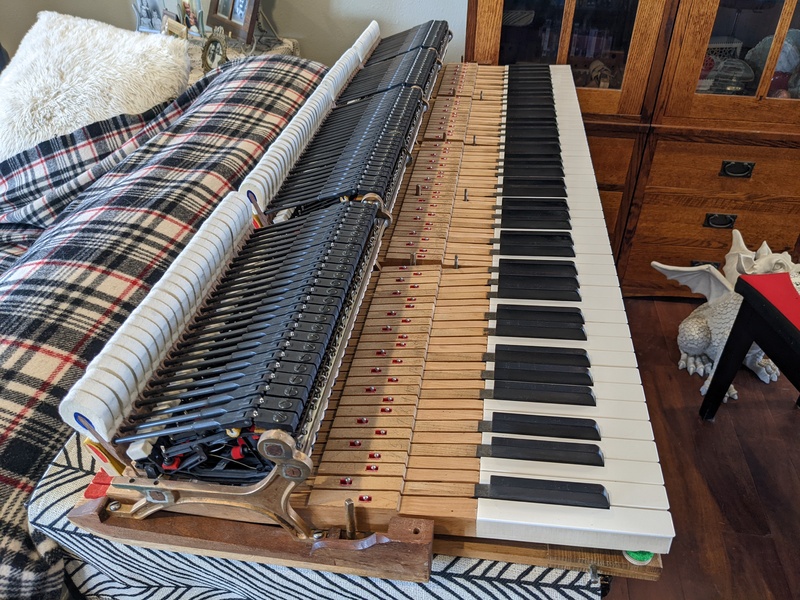 1 I remain firmly attached to a the huge Chickering upright I bought in 1974. Dry Utah has not treated it well these past 30 years, but one day it will rise up and warm hearts. The other upright close to my heart is the Schilling and Sons I first learned to play on.