I still haven't gone horseback riding. If I had a bucket list, surely I'd have to put it on my bucket list. I know that for a modest fee, I can find several venues within a few miles where a caring person can put me on a gentle horse and take me for a ride. I think about that from time to time, but I do fail to act.

Cousin Jim says that we are "first generation off the farm". I find that to be an interesting label, for what it says about our place in history and the conditions of our upbringing. We had strong fathers. Very strong fathers, who developed their characters in a very rough life.

Harvey McGuire, my dad, didn't say much about how rough life had been for him. But gradually, over the years of my youth some glimpses of the rugged life of the 20's did emerge. It was during a trip to Pacific County Fair in 1960, when I was maybe 8 years old, that I began to ask some serious questions about who my father was in the pre-existance! While with Dad in the middle of the midway, a horse had become spooked, and the young girl who was leading him had lost control. The horse was rearing up and creating real danger for all around. The crowd was scattering, as Dad placed very firm hands on my shoulders - as only he could - and said "YOU STAY RIGHT HERE!". He then walked up to that wild horse, grabbed the reins and calmed him. I'd like to think he whispered something sweet to that horse, but I actually think that he smacked the horse in the side of the head as he whispered.

I was absolutely awestruck. Here I was with the father I had known for 8 years, a man who had never even commented on the nature of horses. A man, that as far as I knew, had never even touched a horse. And he was taking control of a horse gone wild! It turns out that I knew nothing of my father. He asked the girl where the horse belonged, he led the horse to its stall at the horse barn and settled it in. All I could do was to follow in pure wonderment. 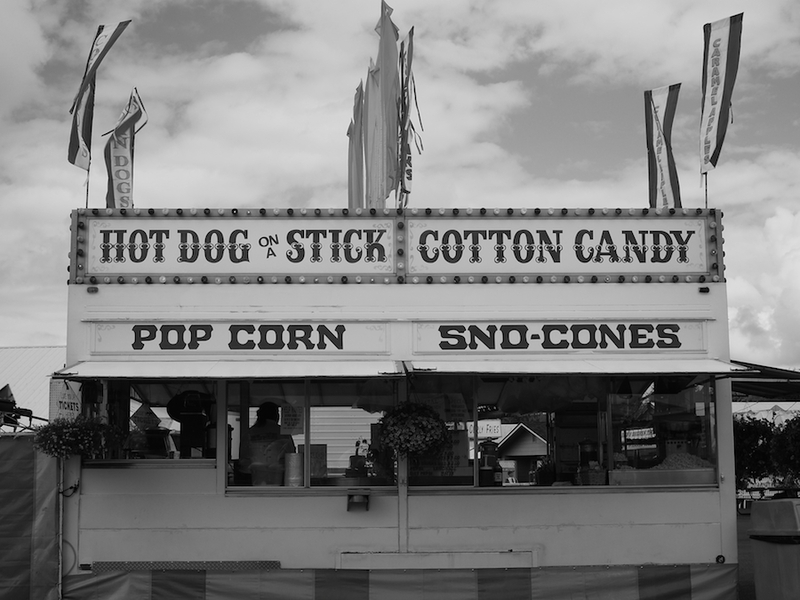 As I learned, back on the farm there had been about a dozen horses. To add some income to the subsistence farming, Edwin McGuire, my grandfather, operated a pack horse operation leading hunters into the Cascade mountains. As a youth, and as the oldest of 5 children much of the labor of caring for those horses fell on Dad. He never commented on the beauty of horses. He was not enamored by horses as the teenage girls were in my neighborhood. No. He actually actually disliked the animals and wanted nothing to do with them. He told me the stories later. When cousins would come over, he'd get on his bicycle and escape the farm, so that he wouldn't "be saddled" with all the work of caring for the horses so that cousins could ride!

By the way, I've never seen a picture of Dad anywhere near a horse, so it is fitting that my favorite picture of Mom and Dad shows him enjoying his sweetheart and his preferred mode of transportation. 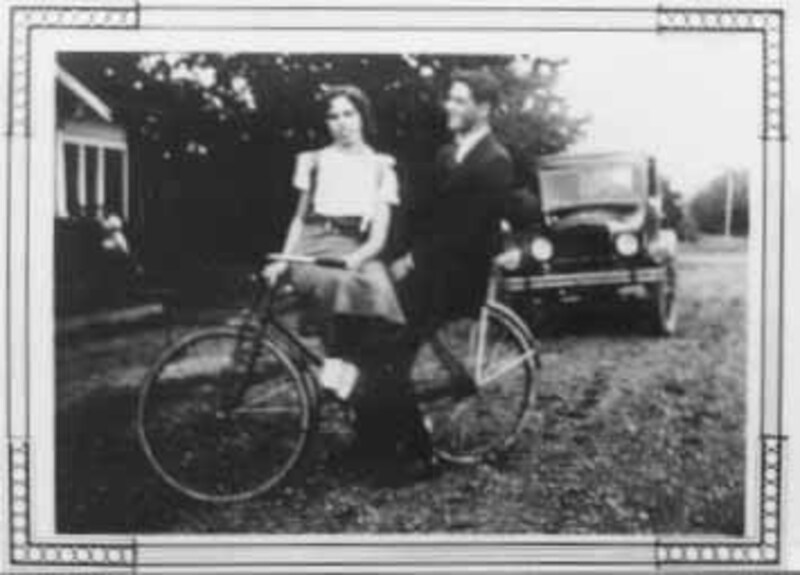