I grew up along the Willapa River in Western Washington, where I was born 100 years after the Utopian religious group of Bethel, Missouri began to plan their migration along the Oregon Trail to the Pacific Northwest. In 1853 Wilhelm Keil sent a scouting party led by Christian Giesy to the Oregon Territory. Giesy and his party selected a site to settle which was five miles upstream from my own eventual home along the Willapa. Prior to last week, my essential knowledge of this historical migration and settlement could be summarized by the highway marker at Giesy's Crossing: 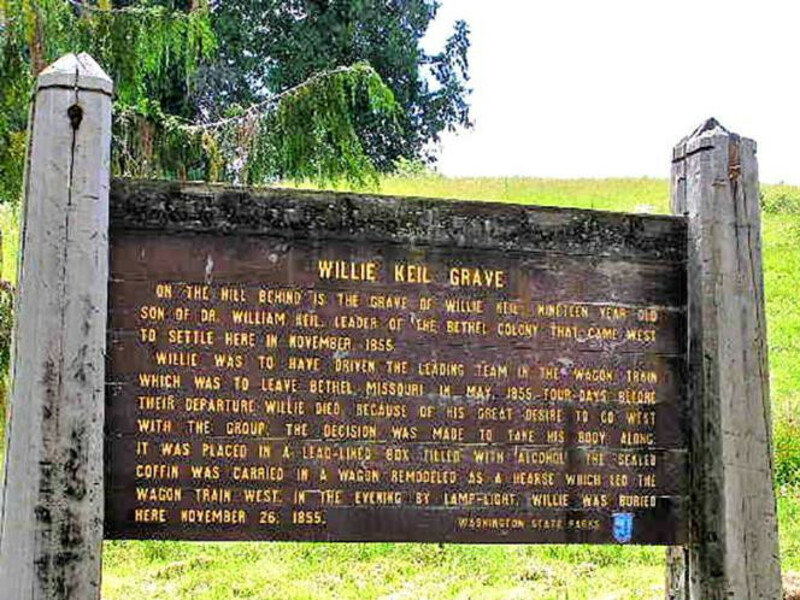 The highway marker at Giesy's Crossing

The basic story line of the legend as told by Mrs. Wild, my fourth grade teacher, was this: A group of faith-filled pioneers migrated out west. They arrived upriver on the Willapa, but didn't stay because the place was too rough. Tragically just before the journey began, Willie Keil, the teenage son of their leader died. Because Willie yearned to join the journey, a special lead-lined casket was built for Willie so his body could go West with his family. Along their journey, the group was protected from Indian attacks because the Indians respected that they were carrying with them the body of young Willie, preserved in that lead-lined casket filled with whiskey.

That's what I "knew" until my sister Carol recommended that I read A Clearing in the Wild, by Jane Kirkpatrick.

It was a marvelous read for me. The imagery of the setting and the stories were bright and clear for me, because I've walked the land. I've bicycled the land. I've lived with the people of the land. It was an engaging read of a pioneer migration and a patriarchal Utopian religious community. I was just a few pages into the book when I realized how woefully uninformed I was of the migration and settlement. The nugget of the legend, that the community found the Willapa site to be too rugged, proved true. The majority of the settlers moved south and established Aurora, Oregon with their leader, Wilhelm Keil.

But as I began to read, I realized that I recognized the name Giesy, the other family name of the story. Indeed, I knew it from a place name of my youth: Giesy's Crossing, by Willie Keil's grave. The book reveals that the Giesy family chose to remain along the Willapa, and their heritage is foundational to the people of the Willapa Valley.

For the past 30 years, I've lived in Mormon Country. I know the Mormon story nearly as well as I know my own German, Anglo pioneer heritage. In reading this story, I marveled at the parallels of one Utopian, patriarchal migrating society and another less successful group of which I really should have been more knowledgeable!

A good read. I recommend it, especially if you are of Willapa Country. 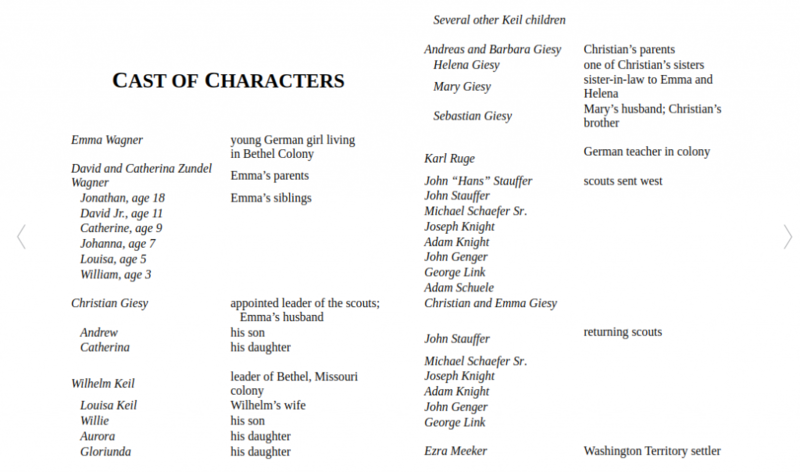